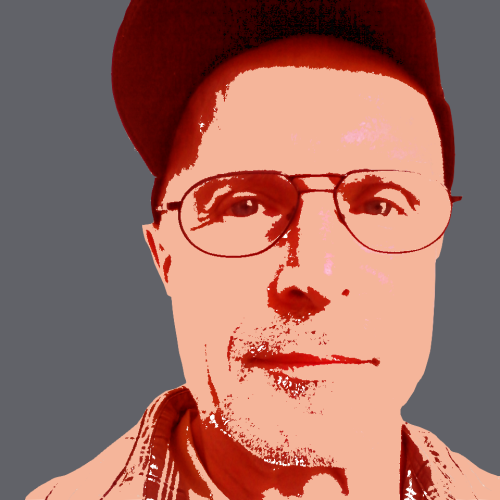 Agricola de Cologne
is the artist brand, launched on 1 January 2000, standing for the concept of the multi-disciplinary media artist and curator living in Cologne, representing, as such, an experimental media art project for itself, a multi-dimensional virtual sculpture.

As such, he has multiple functions in the context of the museum project. He is not only the conceptual creator of the museum, but also its architect. He was building this monument during the past 15 year with his own hands. At the same time, he is forming the primary network in the context of incorporated networks, he is representing an art collection of his own and as such an individual museum department. 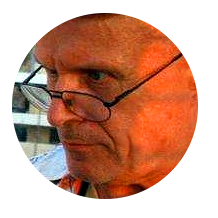 As the interdisciplinary media artist, creator of experimental films and videos, curator of media art, mediator, festival director, multi-media developer, programmer and designer of culture, and much more, and all in one single person. As such, he is representing a hugh network himself. While his activities before 2003 were mainly virtual, the concepts of his activities after 2003 were focussed on the exchange between virtual & physical space.

His entire work since 2000 is Internet based and networked. Due to his course of life, after the coma he followed a path in art which nobody had done before, nor did it later like that. The way how Agricola de Cologne conquered a new and complete unknow world by defining his particular curating since 2000 as his individual art expression, was generating an advanced understanding for the new media developments caused by the digitalization. It allowed him to act independently as an artist and curator within a globalwide network he started to develop in 2000.

For his curatorial activities he created his own operating system – artvideoKOELN international .
Between 2005 and 2014, one of the main activities was organising CologneOFF – Cologne International Videoart Festival and its 10 festival editions and promoting new audio-visual developments.

The New Museum of Networked Art ~Le Musee di-visioniste – is representing the “divisionistic image” consisting of countless “colour” dots in form of the huge number of projects Agricola de Cologne created since 2000 incorporating Agricola de Cologne as a project himself. It includes also the shadow of the second life (before 2000).

In this way, Agricola de Cologne is standing also for a broad bandwidth of dynamic curatorial contexts he is initiating in physical and virtual space on the listed platforms, the co-curator and co-organiser of external festivals and exhibitions, the jury member of divers festivals, and not to forget the designer of a cross platform culture.

Agricola de Cologne realized already soon, that he could follow different directions – to establish and instituitionalize his different project platforms and, becoming dependent on the institutional structures rather a kind of manager and loose his freedom of creating or to choose expressively an alternative way, eg. to simulate the institutionalization “only” and act as an artist- and playing as such different roles – as the curator, the festival director, the programer of his networked activities and keep his freedom by experimenting and taking permanently creative risks. During the decade, Agricola de Cologne had sufficient experiences by founding organisations, therefore he decided for freedom und was able to explore the field of artistically creative curating.

Another field of his artistic activities is the creation of audio-visual works. He started working with video in the context of his net based art works, but it was digital video, the artist was intetested in. Already before the big break in 1998, Agricola de Cologne decided against video as it was practiced since the late 60ies, the analogue VHS video. Only when the first digital camcorder entered the market, the artist was able control himself the entire production from the cinematography to the post-production. It was a way to use his different artistic talents in one artistic medium, visual art talents using a particular intensive colouration, the transformation of his philosophical ideas by using moving images, the sound became a particular relevance by using his musical talents and often enough the artist was using himself as an actor, as well, so that the years he was visiting an actor school got a late sense, yet. Agricola de Cologne was able to create any audio-visual work without being dependent on a second person.
Already at times when streaming video did not exist due to the slow Internet connection, he created in 2000 a kind of streaming video based on programming, which became obsolete, however, due to the rapid digital technological developements afterwards. His created his first standing alone video 2001 for the net, but since 2003 his linear video works were no longer primarily net based, but most of the 50 videos created until 2018 were presented on festivals and media art exhibitions all over the world. Actually by participating in so many festivals since 2003, he established contacts to a wide range of festivals and cultural institutions which became later part of the global net work he created since 2000.

Although Agricola de Cologne identified never himself with a phoptographer, the photographic medium (static image) plays a particular role. His countless travels around the globe represented the occasions to take photos. The artist liked to be involved in coincidential processes and take static photos at the same time when he was recording videos. He was never interested in documenting the situation from a kind of objective point of view. The digital technology allowed him combine different photo shots in one single image and pack a lot of action, content and time in it. In this way, he was acting like a painter. The metaphoric photo images can be considered to represent a continuation of physical art works, Agricola de Cologne created before 2000, and complement the video works.

Agricola de Cologne’s course of his private and professional life seems to be marked by fundamental breaks. After a break, the artist started something new, at least concerning the external esthetics. But he remained always true to himself. All the living and working phases express themselves in philosophical ideas deeply rooted in humanity. According to his complex personality, he found a specific metaphoric language which is characterizing not only the oeuvre before 2000, but even more the comprehensive digital media related oeuvre after 2000. Nothing is like it seems to be. The artist is playing different roles like in a theatre play in a dynamic process. All he has done is representing the starting point for something new.

By facing the year 2020, it can be concluded, that that outstanding genetically rooted talent of Agricola de Cologne is his own survival, establishing on different levels internal structures of perception fading out the incriminating issues. He survived not only the traumatization causing the coma 1998 and the later coma, when woke up from it in 1999. The complete loss of memory, however, was the main condition for starting a new life. The 9/11 terror attacks in NYC had again a deep inpact on the artists health which slowly recovered while he was making a most unusual artistic career from point zero. Agricola de Cologne’s life collapsed again when on his private level, which was stabilizing the artists personality during the difficult years, when his husband died and his mother got a stroke on the same day in March 2008. Only short time afterwards, while visiting Caracas in Venezuela he was attacked on the street by criminals, and only short time afterwards in 2009 when he was attacked in Casablanca/Morocco by a gang of criminals. When he returned home completely out of order and hypertraumatized, putting him into an artificial coma was the only way to reactivate his self-healing powers.
In 2014, his mother & his closest remaining friend died weakening his immunity system that a rare most dangerous germ had a dramatic impakt making his both ear drums crack, so that he was loosing his hearing for the following nine months. Again it took quite a long time until Agricola de Cologne recovered when an horrible accident in 2017 seemed to mark his early end definietely, the end of his life and any perspective for a future. Nevertheless, he only survived the accident despite the paralyzis of his physical body and overcame the traumatizations despite all medical mistakes, and in 2019 he was back in order to prepare the anniversary year 2020, by ignoring his physical age and becvome ageless like it has been at the start in 2000.

Why are all these negative circumstances worth to be mentioned, at all? Who cares about the artist’s health while only his artistic work counts? The special characteristics of Agricola de Cologne’s personality allowed him to act and make a career on a virtual, immaterial, creative level as an artist who was transforming all the negative into positive power, while his physical existance was continuosly attacked and collapsed. His comprehensive work gives evidence of this extraordinary phenomenon, demonstrate this positive power to the networked world he was creating.

His media art projects and videos were honoured with prizes and awards.