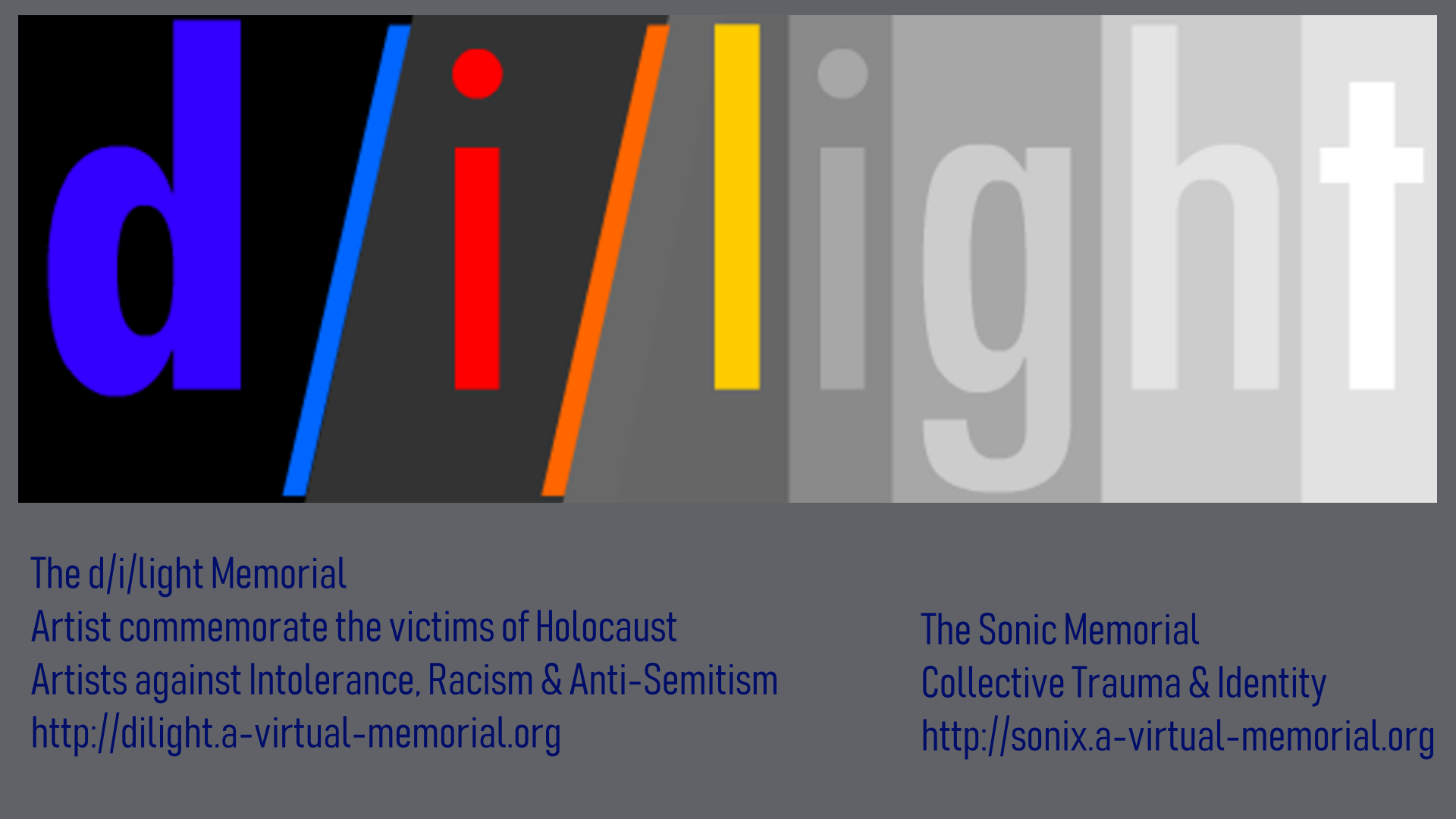 It is one of the museum’s most active departments acting cross-platform, cross-departemental and cross-disciplinary

Draft title: Shoah is a media art project by Wilfried Agricola de Cologne, incorporating the artistic activities around “Shoah” and collective trauma caused by totalitarianism, forming the framework for a wide range of artistic activities. Like most projects by Agricola de Cologne, also Draft title: Shoah is built up of the dualism of the project development online and the manifestations in physical space, complementing each other.

Dealing with the Holocaust did not only start when Agricola de Cologne launched on 27 January 2010 – his media art and peace initiative “Shoah Film Collection” as an artistic contribution against racism and antisemitism, but was already part of the artist’s identity from a child. The Fall of the Berlin Wall in 1989 had ground breaking influence on the course of his life, when he was confronted with the Nazi history on Polish ground by visiting the memorial sites in Poland, and later Germany and Czech Republik – which was motivating and “sensitizing” him to dedicate a big artistic project and many years of his artistic creativity to the victims of Holocaust by reflecting his experiences and juxtaposed them to the Neofascist manifestations taking place in Germany and many other European countries during the 80ies and 90ies of 20th century. Entitled: “1000 Years, 50 Years and still so terribly young”, this project became the main part of the later project

“A Living Memorial Spaces of Art” – Memorial project against the Forgetting, Racism, Xenophobia and Antisemitism. 1995-1998 – standing under the Patronage of Ignatz Bubis (1927-1999), the President of the Central Jewish Council of Germany. In 1998, the major part of this project was destroyed by right-wing vandalism. But the memory and the shadows of this project became later in 2000 the basis of ” A Virtual Memorial Foundation” and in 2009 of “Draft title: Shoah”.

Released in 2018, the 7 Memorials Project is a multi-facetted digital media art context located in the Internet – developed, created and curated by Wilfried Agricola de Cologne.

Based on 7 differently aimed ongoing audio-visual media art contexts, launched between 2010 and 2018, the project is dealing with new forms of commemorating, respectively generating awareness, related to topics that really matter in the currently globally and locally escalating political, social, ecological and cultural situations endangering a free, open and democratic society and Humanity as that fundamental human value, at all.

The Memorial context and its creator are acting as mediators between different parties by demonstrating diversity, eg. activating on one hand artists to articulate and contribute their (artistic) opinion, on the other hand by doing so, activating the audience to use the artistic interventions as the basis for their own reflections.

Each one of the incorporated memorials is rooted on another collection of audio-visual art, which can be experienced online. The Sonic Memorial is the only one using the non-visual medium of sonic art, generating different kinds of associations than the visual medium of video or film: for instance, The Refugee Film Collection, incorporating more than 100 videos from documentary to video art & experimental film.

In total, about 500 contributions by as many artists from about 40 countries give the 7 Memorials project a multi-dimensional character – including & complementing each other: the global, as well as the local: while the online context is available 24 hours to the global community, the individual local manifestation to be realized in an exchange between virtual and physical space in collaboration with worldwide networking partners allow people to meet each other at venues that change their meaning and the awareness related to it by becoming a temporarily limited memorial & space of art.

The manifestations are realized in the framework of “The W:OW Project” – We Are One World – http://wow.engad.org – a global networking project, launched in 2017.